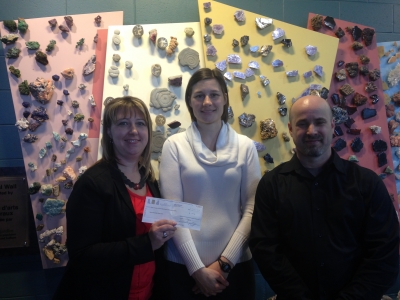 Bishop Alexander Carter Catholic Secondary School was pleased to be a recipient of some funds from the Sudbury Branch of the Canadian Institute of Mining, Metallurgy and Petroleum (CIM). The school was among one of a handful of chosen recipients from this year’s applications. CIM donated $ 8111.00 for the school to purchase new equipment for their technology department. A metallurgical bender and a MIG stick welding machine was purchased and will be used to teach students the skills and techniques involved with fabricating and manufacturing. 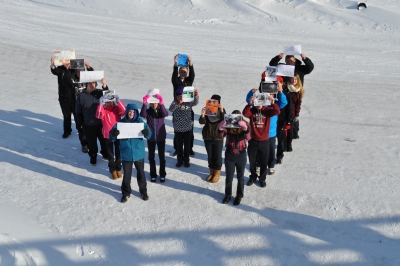 Bishop Alexander Carter Catholic Secondary School students participated in a Global Project through the Hivees organization. In order to recognize the importance of March 3, the official World Wildlife Day, students created informational posters to spread awareness in the school about the issues surrounding the world’s flora and fauna. They then braved the cold to form the letters WWD, while holding up their posters. These photos were sent to Hivees who then compiled all pictures and videos globally into one compilation for the students to view. 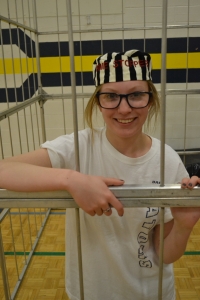 The staff and students at Bishop Alexander Carter partnered with the Sudbury Rainbow Crime Stoppers and held a “Jail and Bail”. Students paid money to vote for teachers and administrators they would like to see put in jail. The staff who was put in jail then had to compete in a variety of activities such as sumo wrestling, hula hoop contest and a dance off.

Only the winners of each competition were released from the jail that was constructed and put in the gymnasium. In the end, the president of the student council, Michaela Donnelly-Perras had to compete with the Principal, Mrs. MacGregor in a dance competition. They brought all their “moves” to the dance floor and Mrs. MacGregor sneaked out with the win.

The students raised $500 for Crime Stoppers. Way to go Gators!